The YouTurn Trustee Board is responsible for oversight of the charity.  This includes ensuring the charity is carrying out its purpose, complying with the law and managing resources responsibly.
There are currently eight Trustees, with the Board always keen to hear from passionate and skilled people who are interested in joining them.

Robin Porter has been Chief Executive for Luton Council and London Luton Airport Limited since May 2019. He has been more recently appointed as the chair of trustees for YouTurn Futures.  In the role of council Chief Executive, he is responsible for more than 3,000 staff and the delivery of circa 730 services, as well as a budget of £500m – all focussed on supporting Luton’s vibrant and diverse 216,000 population. Robin has now been part of the Luton community for 12 years. Before joining Luton Council, Robin worked as a senior manager in the private sector in the project finance industry and before this he was a British Army Officer. 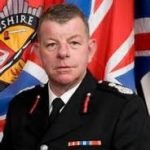 Paul Fuller joined Bedfordshire and Luton Fire and Rescue Service as Chief Fire Officer on 18 February 2002.  Paul currently serves on a number of national bodies including Chair of CFOA Services Limited, deputy Chair of Fire Sector Federation, and is a past President of the Chief Fire Officers Association (CFOA) and Trustee of the national charity the Children’s Burns Trust.
Chief Officer Fuller was awarded The Queen’s Fire Service Medal for exemplary service in the Birthday Honours 2008 and awarded a CBE in The Queen’s New Year’s Honours list 2015. 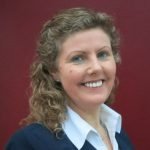 Gill Craik is the Director of Black Dog Human Resources Consultancy Ltd, offering advice and support to businesses. Gill has worked with the Thames Valley Police, along with a number of privately-owned companies at Regional and National level before deciding to set up as a consultant and establish Black Dog HR Consultancy Ltd in 2006.
Outside of work Gill acts as a committee member for her local Federation of Small Businesses (FSB), she fund-raises for her local church and enjoys playing badminton, going to the gym and spending time with friends. 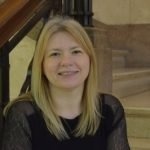 Nikki Middleton joined Bedfordshire Probation Service in 2002 as a programme facilitator, delivering cognitive behavioural programmes and psychometric tests to offenders before accepting a regional post to train new probation officers and staff in programme delivery, risk assessment, and risk management. In 2009, she left the Probation Service to join Luton Borough Council, initially as Domestic Abuse Co-ordinator then as Community Safety Partnership Manager, continuing to work with both victims and perpetrators of crime but with an increasing focus on developing strategic multi-agency partnerships to prevent crime and re-offending.
In 2014 she was seconded to oversee the establishment and operation of YouTurn Futures, serving as its first Director until 2016.