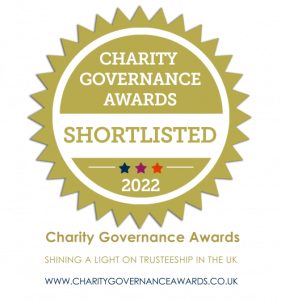 We are delighted to announce that YouTurn has been shortlisted for a Charity Governance Award 2022 for the category: Transforming with Digital. Please read our story to find out more about this achievement and see the shortlist here: https://www.charitygovernanceawards.co.uk/shortlist/?win_short=shortlist&year_entered=entered22|2022

YouTurn is an independent charity based in Bedfordshire. Created in 2014, initially as a response to the government’s ‘Transforming Rehabilitation’ agenda to ensure that the very successful ‘integrated offender management’ way of working continued, the charity has grown to include the co-ordination and development of the work partners are doing across Bedfordshire to tackle both Child Sexual Exploitation and Serious Youth Violence. To help it meet its strategic objectives, it works in partnership with other organisations, examples include Bedfordshire Police, BeNCH CRC, National Probation Service, Bedford Borough Council, Central Bedfordshire Council, Luton Borough Council. The charity draws upon the common trends and agendas of the criminal justice system nationally, as well as having a wealth of local knowledge around its business areas. The charity aims to ensure that all of the areas in which it works are an example of good practice, that it has an understanding of the key objectives and that those objectives are delivered to a consistently high standard.

What the Board Achieved

YouTurn was a charity completely reliant on the IT of other organisations and is now a charity that has a wholly independent, secure and bespoke IT system. Initially YouTurn was dependent on the IT of others such as the police, young offender service and probation. This resulted in staff having multiple laptops linked to these organisations which they carried with them so they could access and input relevant information. Through incremental changes, YouTurn introduced its own computers that could then link to mobile phones so staff could develop more flexible and efficient working practices. Secure email was introduced so that information could safely be passed between YouTurn and other organisations holding sensitive, personal data of service users.

The trustees made two major decisions in 2019 to kickstart the digital transformation. The first was to move from being a co-ordinating charity to one delivering front-line services. This was in response to potential market opportunities and a recognition that the charity would benefit from a more diverse income base while reducing its dependency on statutory funding. This was a step change strategically for the charity and brought with it some risks, as it had no track record of delivering these services. That said, the new front-line services under consideration sat comfortably with the charity’s constitution and could be supported by the skills and expertise of the staff. To achieve this, YouTurn would need an independent and secure way of recording client and beneficiary details.

That led to the next critical decision; trustees invested in an independent IT system for YouTurn. Emails needed to be on the CJSM system, which joins up the criminal justice system, to secure emails up to ‘Official Sensitive’. YouTurn had qualified onto the Ministry of Justice commissioning portal, requiring YouTurn to meet certain cyber security criteria in order to bid for contracts. The system needed to provide assurance to statutory bodies that data could be exchanged between YouTurn, the police probation and young offender services securely. The trustees needed to be confident that the IT system was robust and would not put the charity — and its service users — at risk.

The investment in digital has supported YouTurn to achieve its strategic goals to successfully deliver new front line services and diversity its funding base.

Lockdown brought its own challenges, which digital helped to address so that YouTurn could continue to support and positively impact its beneficiaries throughout the crisis. This was particularly important as the beneficiaries were disproportionately impacted by the pandemic due to deprivation and the stigma they faced. Digital service provision allowed YouTurn to keep beneficiaries engaged and motivated with video calls and opportunities to work directly with them online.

The recent development of a case management system helped the charity improve security of sensitive data for their vulnerable service users. It also allowed the impact of YouTurn’s work with beneficiaries to be more easily measured and shared. 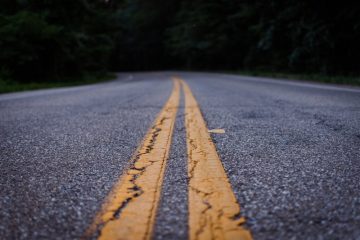 An Interview with Tommy

Listen to an Interview to find out more about Tommy (Direction Hub Co-ordinator) and some of the excellent work he has been doing with young people on the brink of exploitation, ex-offenders and vulnerable adults!